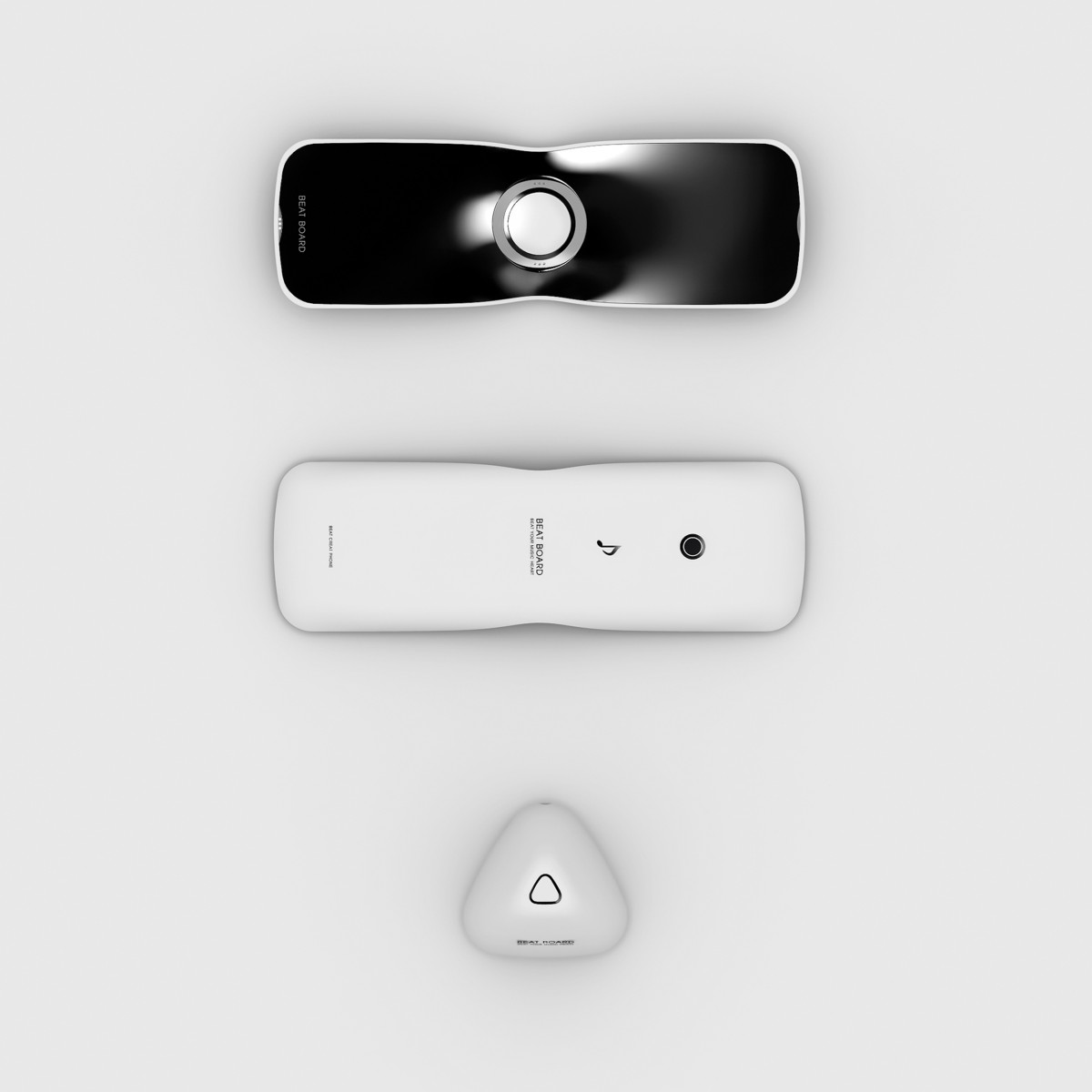 The desire of human to create one’s own thing became diversified and intensified so that it would induce new action for creation, and not just recording of daily life such as photo or motion picture.

Especially, the user’s desire of creation related to music has developed in more diverse directions.
The language of the body part which reveals the state of sympathy with rhythm and beat when listening to music is the movement of fingers.

An equipment which enables more intensified sympathy with music by enabling creation and sharing of motion according to the music through memory and interpretation is proposed.

The representative action among actions of showing sympathy when appreciating music is the wagging of the finger.
People follow the beat through finger or certain object holding in the hand according to music.

The motion made by the user according to the music is stored in the Beat Board and is expressed by moving the memorized motion by itself when playing it another time.

The motion made by the individual can be shared with others, and the downloaded motion can be applied through sharing when the music is played.

Through projected structure in the center of Beat Board, the motion of rotation and going up and down like a seesaw is possible, the design also enables realization of free motion for the cradle.

Through projected structure in the center of Beat Board, the motion of rotation and going up and down like a seesaw is possible, the cradle also enables creation and sharing of not only Video and Audio, but also new contents called Motion in regards to making and sharing contents by the user through music.