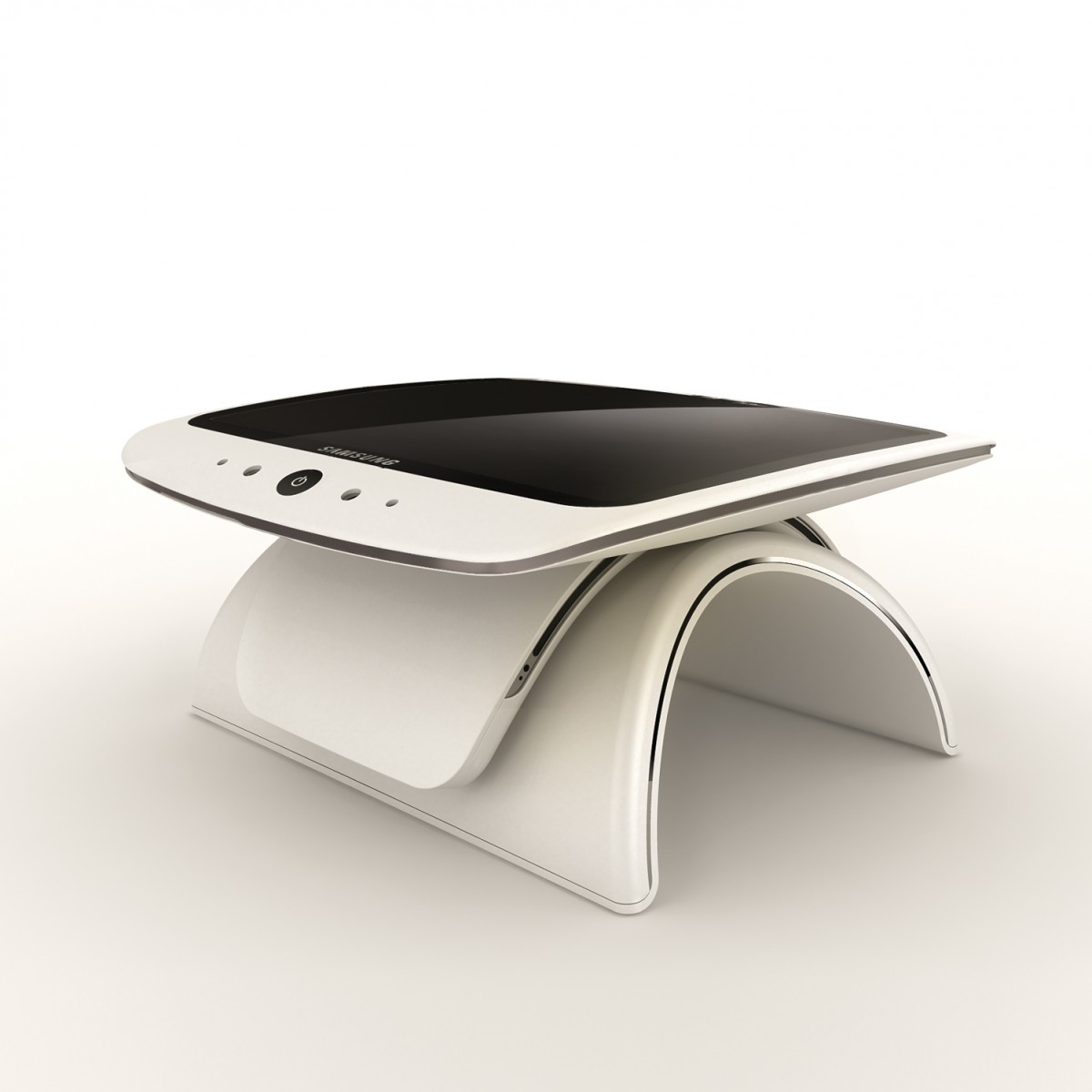 The collision of Portable Display and Fixed Display which occurs in the space called house occurs very frequently. Such collision becomes a factor which reveals limit in leading comfortable life in the house. Through Portable Display which can resolve such limit, it is intended to make the user feel more convenience in the twofold characteristics of ‘fixed and mobile’ house.

Relax / Entertainment / Soft / Share
PIt contains all functions of Potable Display Devices and Fixed Display.
Through its soft material, it provides warm sensibility to the user. It contains various supporting structure appropriate for various postures which one comes to make during media activity in one’s house.

The size of the display is greater than portable products, but through its shape and supporting structure, it was intended to give comfort even for holding in one hand.

Through rotation of monitor leg, it is possible to use the monitor in a more various and convenient angles.