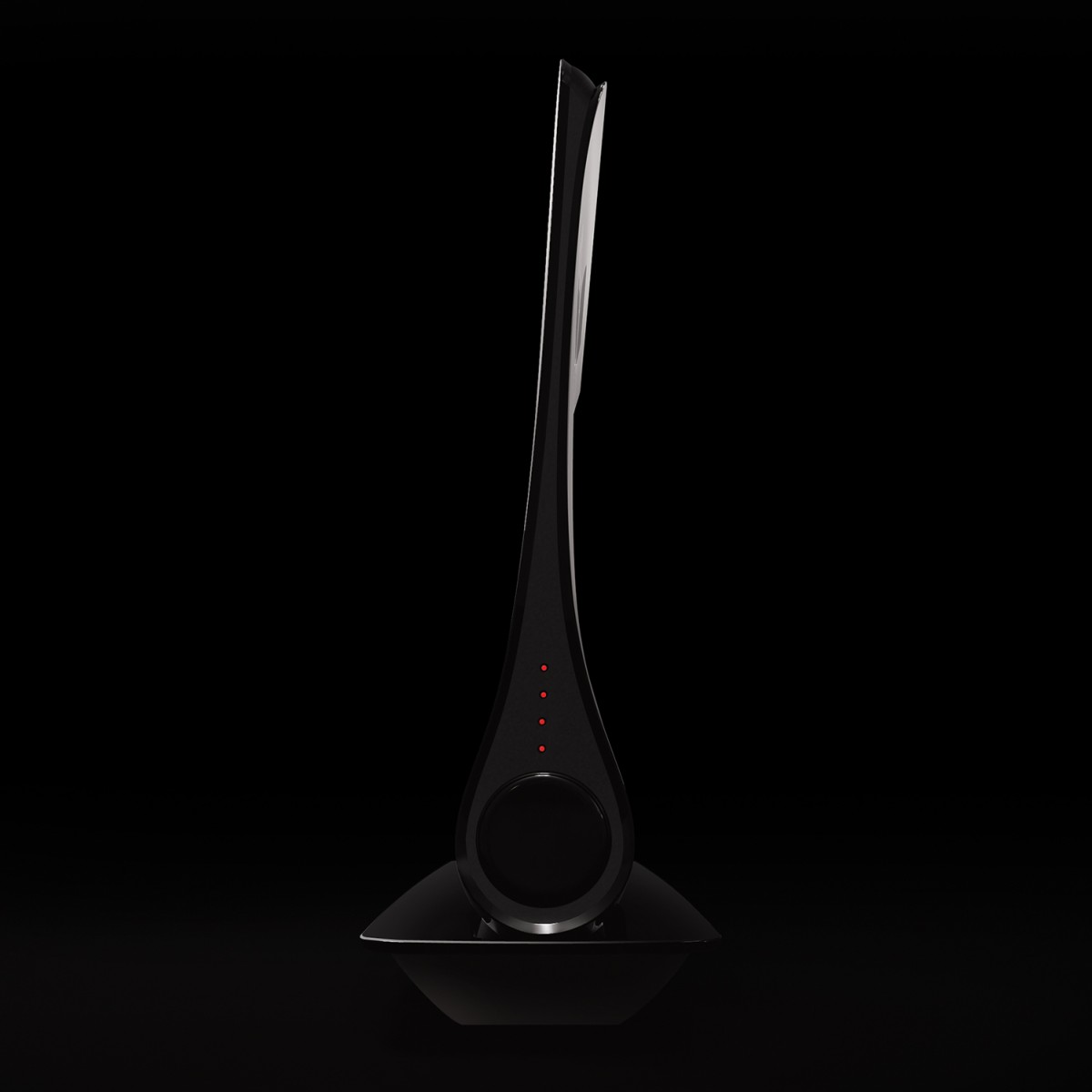 The collision of Portable Display and Fixed Display which occurs in the space called house occurs very frequently. Such collision becomes a factor which reveals limit in leading comfortable life in the house. Through Portable Display which can resolve such limit, it is intended to make the user feel more convenience in the twofold characteristics of ‘fixed and mobile’ house.

A monitor which enables free support so that one can enjoy one’s hobby and sensibility during comfortable and free activity is proposed. With the design which enables realization in the object-ive model which contains the structure of roly poly, it can fit anywhere in the house as Portable Display.

The user can make free environment for use and support as he or she wants regardless of location and space. Because it occupies less space, it is efficient even in inconvenient places, and it contains an infrared controlling method which enables efficient and simple input.

It was designed to bring alive object-ive feeling which resembles a vase, and also, the cradle has the form of
calyx which is rechargeable.